A Glimpse of Ancient Ireland

I get a certain kind of thrill when I get a chance to visit ancient monuments and historical sites. My heart almost burst when I not only got to see Stonehenge live and in person, but actually walk inside and wander among the ancient stone circle feeling it’s prehistoric power surge through my body.

Alright maybe I’m being a bit intense, but you get it right? I love this stuff.

So, you can imagine the excitement and anticipation I felt at getting to visit Newgrange and the Hill of Tara on my recent solo adventure in Ireland. And no, just seeing it was not enough. I had to be inside of it too of course.

Waiting to get inside.

Newgrange is a 5,000 year old Stone Age passage tomb located in the ancient Boyne Valley of Ireland. During the Winter Solstice, the passage and chambers are  illuminated by the Sun. The Winter Solstice marked the beginning of a new year for the Neolithic people and the illumination of the burial chamber was thought to symbolize the triumph of Life over Death, a new beginning, and possibly the belief in an afterlife.

Inside the tomb. They said no pictures but…. 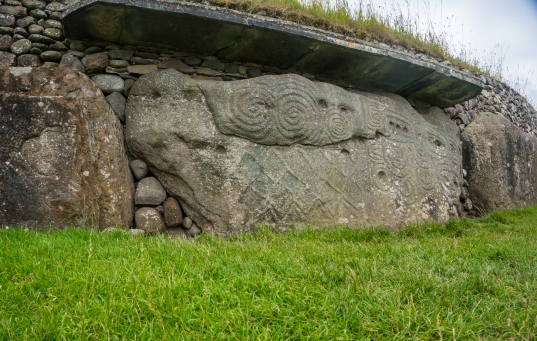 My dad and I watch Ancient Aliens on the History channel and they mention Newgrange a lot, so besides my excitement at seeing this important historic site, I also got to see a place I see on TV :-).

Located not too far from Newgrange is the sacred Hill of Tara. Historians believe that this site was revered as a gateway to the otherworld, and where sacred festivals and feasts were held in honor of the gods. It is also said that this is where Saint Patrick first came to introduce Christianity to Pagan Ireland.

Touching Lia F`ail aka the Stone of Destiny. Am I king yet? 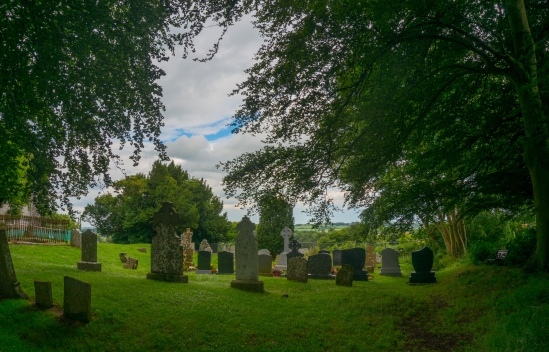 Old Cemetery outside the church of Saint Patrick.

Plan ahead if you want to see this site on your visit to Ireland.They only let a certain amount of people inside the passage tomb per day. I went with Mary Gibbons Newgrange Tours and enjoyed the hell out of it. Ms.Gibbons really knows her stuff and has a great sense of humor. Plus,she has an allocated time slot to enter the Newgrange tomb, so you are pretty much guaranteed entry!

After the visit to the tomb, you can head to the visitor’s center and enter your name in the lottery to be one of the 50 lucky people who get to be inside the passage tomb for the Winter Solstice. I entered my name, my dad’s name, my fiance’s name, my mom, and my sister’s name. Since you get to bring a friend with you, I basically entered my name 5 times. Cross your fingers for me! 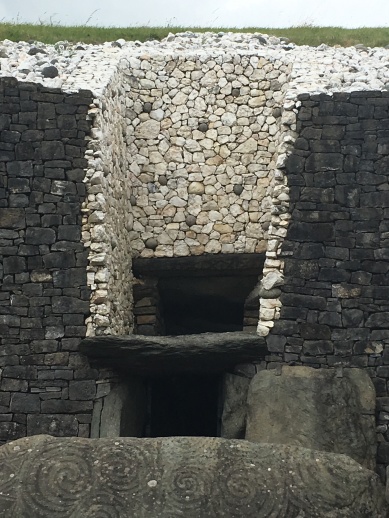 21 responses to “A Glimpse of Ancient Ireland”